April 8, 2013June 12, 2019 Writer McWriterson
I have a burst of energy to blame for this latest project.
I was down in the basement back in January and wanted to clean up a corner where I store my craft supplies, Goodwill finds that I just know I can turn in to something special and old frames etc..Aka- my “craft cemetery”.Then I noticed this old piece of artwork: 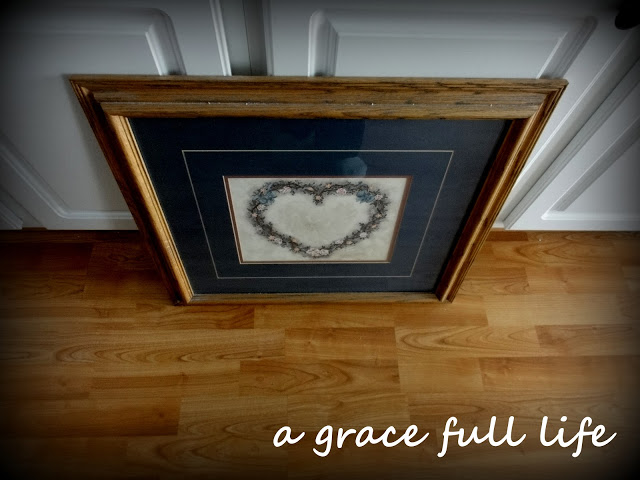 The above is a piece of artwork my mom bought for me.
I had held on to this for a long time.
But there was a reason I never gave it to Goodwill or sold it at a garage sale.
This was bought for me at a time in my life when life wasn’t looking very good at all.

When I was 23, I was engaged to be married.
We had everything planned, I had a dress, the church was booked, the reception site was paid for, yadda yaddda.
Then three weeks before the event, my fiancé called off the wedding.
Over the phone.

It was so devastating for so many reasons but it was one of the darkest I can ever remember my life being at the time.
It was my parents who were my guiding light during this time.
My dad wrote the most amazing letter to all of our guests, my mom took care of cancelling all the arrangements and making sure I had a houseful of friends around to get me through those first weeks.
And, she decided, that if I was going to be living home a little longer than expected, I should have a happy room to be living in.
She ordered me new bedding, pillows and decorative touches that only a mom could do.
Which included the above artwork.

And every time I looked at it, I thought of how much that gesture meant to me.
Not how awful the breakup was but how amazing my family was.
How loved, protected and completely safe I felt.
But through the years, this piece of artwork got lost among moves, decor changes and no real place for it in any room.
So it was banished to my “craft cemetery”.

Until one cold day in January when I decided that it needed to be a part of my world again.
Only updated.
And painted a different color.
And mod podged.
More on this later….

I got this print for a dollar at the flea market last September:

I don’t know why it struck me but I liked the simplicity of the letters.
That sounded so, I don’t know, snobby to me.

I liked how cool it looked.

And I also knew that I wanted it in my youngest daughter’s room.
I don’t know why, actually.
I mean, it could go anywhere in my house.
Except my 13 year olds room.
I have been told by “someone” that I have given up decorating control of her room until it becomes a sewing room after “someone” gets married.
Which is so silly since I don’t sew.
Or ever intend to.

First I wanted to get rid of the oak frame but in the process of  making a mistake spray painting, ended up painting both the frame and the picture.
With white spray paint.
I am a trained professional.

A moment of silence for the 1993 floral wreath…….
I continued painting it white with about 3 coats of spray paint.
It didn’t have to be perfect because I was putting the alphabet print on top of this.
So I focused most of the painting on the oak frame.
Then I placed the print on top of the glass and centered it:

Upside down pictures is what you can expect of this blog.
I never disappoint.
Unless you like photography studio quality pictures.
Then I totally disappoint.

Add a little of this: 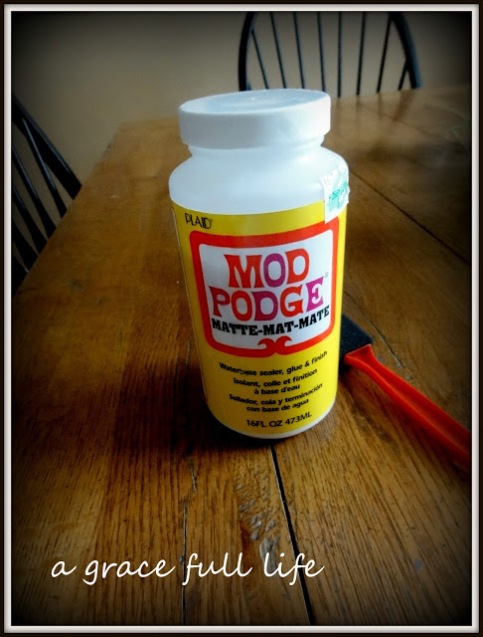 Let it dry and you have this:

I added the felt bird and flowers at the last-minute.
I got them at Michael’s last summer for 50 cents for a package and they too were in my “craft cemetery”.
I felt like it softened it up a bit since this was going in a five-year old girls room.

Now I know what you are thinking.
The alphabet.
It isn’t in order.
I didn’t even realize this until I slapped the mod podge on it.
I am also the person who just realized it is called mod podge.
Not modge podge.
What I have called it for years.
In front of other people and maybe even in a blog post.
Or two.
Or 15.

So when my daughter tells her kindergarten teacher that “yes, the letter v comes after the letter k because it is on my wall in my room”, I will show her this blog post.
And be voted Mom of the Year by the school district.

And now the special artwork has a special place in a special room.
Not in the basement. 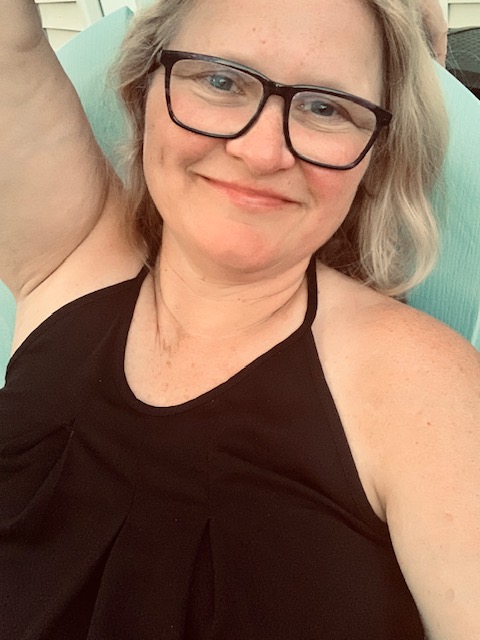