December 12, 2013February 18, 2021 Writer McWriterson
I originally published this blog post on the Chicago Parent website where I am a regular contributor
Christmas time is one of my favorite times of the year.
But sometimes in the quest to make Christmas special and well, Christmasy, we overdo.
So I made a simple list of things I wanted us to do as a family this holiday season!
Our family time is very important since my husband works every Saturday so this year, I decided that in December we will spend each Sunday doing something outside of the box as it pertains to all things Christmas and Cheer.
Here is my December bucket list which almost became a December bucket lost thanks to auto-correct.
But I totally use that name now.

OK, this might seem silly to you, but I didn’t realize there were reindeer farms until like, last year.
I actually thought reindeer lived way up north near the Arctic Circle.
In a place, tell me if you’ve heard of it, called the North Pole?
But apparently, Illinois is a hotbed of all things reindeer.
I am sure they are in other states too, but just go along with this for fun.
There are two reindeer farms within a two hours radius of here that I found online and there is one that isn’t public but I heard about via the grapevine from Illinois friends on Facebook that you can get into with a secret handshake.
REINDEER ARE HUGE IN ILLINOIS.
I thought it might be fun to take the kids and let them see real reindeer.
Now I know how this will go over with the 13-year-old…..” are you kidding me?” but the five-year-old will love this.
And if I had known about the whole reindeer/Illinois contingent when the 13-year-old was 5, I would have totally done it then.
Instead of taking her to the mall Santa who was half in the bag and smelled like Hai Karate.

When you live in the suburbs or areas around Chicago, you only have to say, “I am going to the city” and everyone knows what you are talking about.
Rockford!
Just kidding.
Chicago.
It is the largest city around these parts, and my favorite time to be downtown is Christmastime.
We have several places we like to take the kids:

– Marshall Fields (aka Macy’s) on State Street. I don’t do well with change.

– Michigan Avenue to see the lights on the trees.

– Garret’s Popcorn. Because of popcorn.

– John Hancock building (not the Sears Tower….again, don’t do well with change) because we have a history with this building. The hubs told me he loved me at the top of this building AT Christmastime no less….talk about raising the bar. We like to go to the observation deck with the kids and re-enact that fateful night 11 years ago. To the HORROR of our children. So much fun!

– Lunch or dinner at Pizano’s which we have never done. Every single year we head to the city for a Christmas visit, we always, ALWAYS say, “let’s eat at Pizano’s!” but then we always, ALWAYS end up eating at the McDonald’s under the El on Wabash. THIS YEAR IT WILL HAPPEN. Or I will throw a huge hissy fit in the lobby of the McDonald’s on Wabash under the El. Which might be fun too. 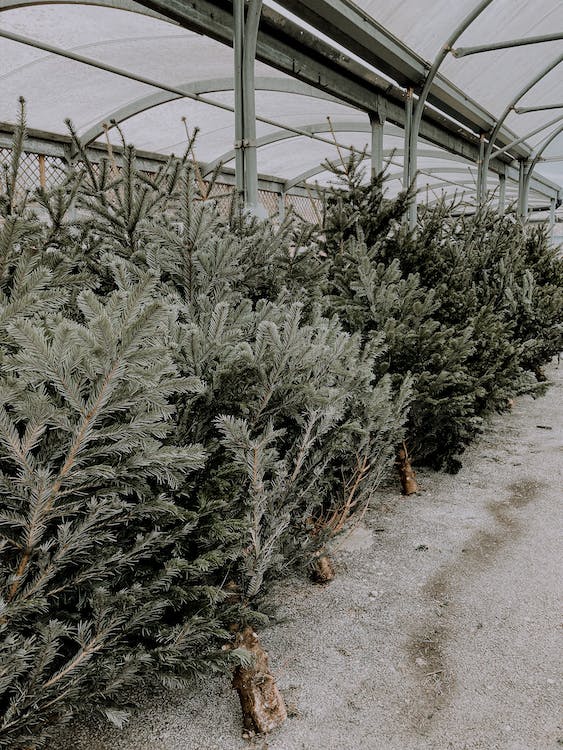 Maybe.
Possibly.
Or probably not.

I hear these people talk about how they get into their family truckster, wearing their down vests and flannel, drinking their Starbucks, and head into the “country” (aka the northern suburbs) to find a tree and go to a reindeer farm on their way back home.

And it sounds so magical!

I want a flannel shirt!
I want the Starbucks!
I want an actual tree!

But inevitably, this is how it would roll in our household:

– the five-year-old decides this is the morning she wants to stop wearing pants.

– the 13-year-old decides that she will not wear a coat because no one else in her class does. And she knows the exact temperature at the tree farm, and it won’t be cold enough to foresee wearing a coat.

– My husband needs to stop at McDonald’s because he needs a coke to stop the stabbing pain behind his eyes. In order to get through the drive to Rockford to cut down a tree and see these “deer that we can see in our backyard”.

– while in the drive-thru, the five-year-old decides she needs a hash brown and to wash it down, chocolate milk.

– then the 13-year-old decides that she wants a breakfast sandwich. And cinnamon rolls. And a large orange juice.

-This makes the five-year-old rethink her order.

-By the way, these foods are normally banned from the car but this particular McDonald’s has a PLAYLAND and we all know how we feel about PLAYLANDS.

-Within 30 minutes, we are nowhere near the tree/reindeer farm and the backseat smells like a mixture of fast food, farts, and socks. If frustration had a candle smell, this would be it.

– After 45 minutes, the five-year-old has to puke right about… NOW. Splat.

-The 13-year-old has to pee. And my husband is grumpy because we are spending his day off looking for “deer that don’t exist in northern Illinois”.

– Three hours later, we arrive at our destination. The 13-year-old is “freezing, MOMM” because she doesn’t have a coat. AND since she spilled her orange juice all over her sweatshirt, she is now wearing a tank top. With a hole in it. In December.

– The five-year-old ate her entire meal off of her vomit-stained outfit, so of course, she is completely butt-naked.

– I don’t have any whimsical flannel so I am wearing my “mom uniform” of too-tight jeans with the first button undone so I can breathe and my ten-year-old winter jacket because we never go to Christmas tree/reindeer farms, to begin with. Which I am now handing over to my teenager who didn’t need to wear a winter coat, remember?

So in order to get that “pine tree scent” this year, I bought a pine-scented candle at the grocery store and we watched Rudolph on DVD.

Why the hell did we leave the house in the first place?

6 thoughts on “Christmas Bucket Lost = I Still Have Garretts Popcorn on the Floors of my Backseat. Three Weeks Later.”