It started with a bad day.
It always does, doesn’t it?
I woke up a little late, greeted a friend at the front door in a white tee shirt with no bra, visible nipple and bed head.
Not sure which was more mortifying.
It was humid.
Like HU- mid.
I got my period after breakfast (Fruit Loops that I told myself I shouldn’t really eat.)
But it was in those little multi-pack boxes so you reason, well it is diet-sized.

I almost got hit by a car as it was speeding out of a parking space.
There was no good music on the radio.
Then I tried to place a thirteen dollar order for Scholastic books online and my credit card wouldn’t go through.
Because, as I would soon find out, TWO of our credit/debit cards were hacked.
Because TARGET.
Then Adele came on the iPod, singing about her ex-boyfriend married some whore who is better than her and that just did me in. Because we all know that Adele is the better catch.

But that’s beside the point. 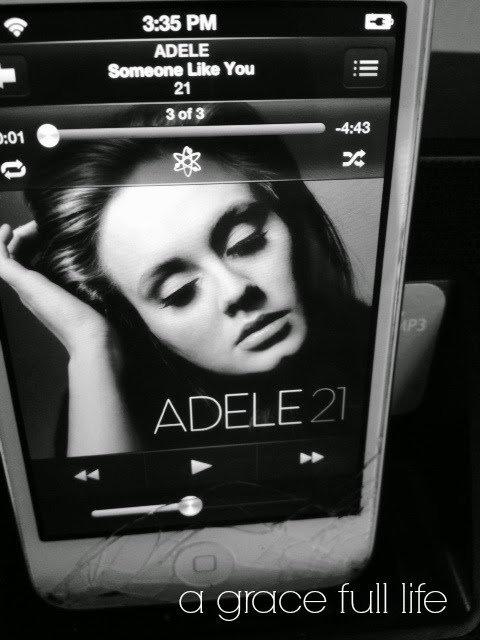 I put my head down on the keyboard of my computer and cried the kind of cry that has you.
After ten minutes, I pulled myself together and Googled PART TIME JOBS BLOGGING.
Apparently, I felt I needed to get a job because of all of the above.

After some investigative searching, I found two jobs and applied to them without thinking.
One was for a freelance writing position.
The pay sucked but the job sounded pretty incredible because I love to write and feel like it is the only thing I am would love to do any more.
The other was a retail stocking position for a major department store.
The hours are very early morning, weekdays.
The pay is okay but it is perfect in every other way except that it isn’t what my heart would want.
But it would bring in some extra money and I do have 14 years of retail experience.
That ended in 2002.

Unfortunately, we are unable to bring you aboard at this time. We base
our criteria for acceptance on a variety of factors, including, but not
limited to, quality of writing and knowledge of a topic.

Yes, it says”the quality of writing“.


For the said application, I submitted some of my work from this blog.
So they were responding to this writing.
The writing I was so proud of, that I even told a friend “I really think I will get the job!”.
I was cocky.
I got this.
I didn’t “got this”.

So it started with a bad day, the grumbling, the rumbles of my insecurities.
Why am I still doing this?
I have said for years that I am paying my dues, earning the right to become a decent and respected writer or blogger.
Someone who will get paid for this gig.
Because as much as I love what I do, there are days where I wish I were getting paid just a little bit.

2020 note- who in the hell was I hanging out with “outside of the blogging world” who was asking me how much money I was making? This is making me so irritated. WHO ASKS THIS?

I have people (outside of the blogging world) that ask me all the time about how much money I make blogging and I have to tell them, um nothing?
Oh, occasionally I would get paid opportunities here and there.
But VERY here and there.
But never enough to make me say, I get “paid”.
I have tried, believe me, without trying to sell out.
I don’t want to sell you all out here.
I believe what you have to look at on this page, besides my words, is important and I just don’t want my blog to start looking like the blog equivalent of Times Square.

2020 note- I had a serious complex going on. I don’t know what selling out means? I thought I wanted to make money?  I am so confused with 2014 me.

And it was in 2010 that I thought by now that I would be making some money.
Nothing big.
Just enough to pay for some of the cheerleading fees or occupational therapy visits.
Or so that we could finally save for college.
Or go on a vacation that involves an airplane.
Or get the brand name mac and cheese.

This glaring reject email is the first of many, I am afraid.
I knew they would come, I have delved myself into motherhood for too long I fear.
I am not relevant anymore.
I tried not to let the rejection email get me down but it did.

I make a good impression in person.
NOT on paper.
Which is pretty hilarious considering that I write a blog.
If you read my resume, you would laugh.
I know people who bulk up their resume and have not had a job in years.
Yet their resumes look amazing.
I need someone to do that for me.
Because mine is a who’s who of useless information.

For example, I wanted to apply for a job at my daughter’s elementary school.
It is a temporary position filling in for maternity leave.
Perfect.
Just a few months to get my feet in the pool, make some money and be close to my child so I don’t have to worry about transportation, etc.
The computer application process wants to know the supervisor of my latest job.

My latest job was in 2007.
Do you think she is still there?
In fact, I have no idea what her name even was!
Kim!
Yes!
Kim!
Maybe I could just put THAT on the application.

Yes, her name was Kim something or other.
She was really nice, liked me a lot but she could stand to smile more.

I can help you design a blog.
Edit HTML in a pinch.
I am kicking ass at editing pictures on Pic Monkey.
And I FINALLY learned how to take a screenshot.
Can I put that under certifications??

I can also keep a house clean, get all the laundry for the week done in three days, and have a casserole in the oven at the same time. I can write a piece about your business, corporation, doggy daycare in less than a half-hour and it will be funny without selling you or myself out.
I could write a mission statement that would make Jerry Maguire pick up the goldfish and come work for ME.
SCREW YOU BOB SUGAR. (you won’t understand any of that if you never saw the movie)

I can menu plan and coordinate meals, snacks, and lunches for our entire family for two solid weeks in a matter of 15 minutes. I schedule our families lives down to the minute with a calendar system that would make SOMEONE HIGHLY ORGANIZED piss their pants. My kids are happy, well adjusted, smell good, and have clean clothes every day.
Can I write all THAT somewhere on a resume?

Yet I am completely irrelevant when you look at my life’s work on a piece of paper.

But then I thought about my own mom and my own grandmother, both of whom did all of the above and then some. They could have had all of this on their resumes too. So could my great grandmother’s as well. They would have had even more to add because of the lack of things such as dishwashers and washers and dryers. They didn’t even have automobiles, hell, they had to go get the coal for the stoves in their kitchens and everything was made from scratch. They didn’t have resumes and everything they did meant something. Had purpose, their lives were so very important.

I wouldn’t be who I am without any of them.

My girls wouldn’t be who they are without me.

So maybe I need to shut the hell up and think about that.

I am doing important work.

Just don’t ask for my resume.

27 thoughts on “Kari’s Terrible No Good Very Bad Day; Why I Won’t Be Starting a Resume Writing Service”