Last winter, I had a tough go of it.
In fairness to myself, when I wasn’t in pain I was making flavorless rice Krispie treats.
So really, I wasn’t giving myself a head start.
But I also had some really high points as well.
I had a cozy green chair that I couldn’t get out of and I had friends that came and helped me out of my funk.
But one could say the general synopsis of last winter in a nutshell was suckish.
This winter, for some reason, is going much smoother and I have had nothing consciously to do with that.
Honestly, one would think I would make sure that I would go into this winter planning to make it better for myself since I had such a crappy one last year.
Yeah, that would be a big fat NOPETY NOPE NOPE.
Call me lazy but winter just kind of tiptoed up on me this year, the sneaky bastard.
This year, however, winter isn’t kicking my rear end as badly as in the past.
Does winter still suck the life out of me?
Yes, a little.
But is it dragging me down as excessively as it has been in later years?
No.
Call it a better attitude, call it making the best of a crappy situation, call it stuffing my face with mass quantities of carbohydrates while watching Gilmore Girls, whatever it takes to get through to daylight savings time is whatever it takes, my friends.

Last weekend I got to go to my friend Marcia’s essential oil gathering and we got to make things like soap.

That was all Laura Ingalls of us, isn’t it?
I don’t “do” homestead by the way.
I want to “do” that but I just can’t.
You lose me at words like Borax and homesteading.
But this was so damn easy.
We made soap in ten minutes.

That is Marcia making soap all home steady and crap.
TEN FRIGGIN MINUTES.
For soap.
Nels Olsen would be so proud. 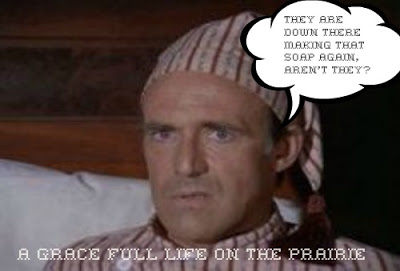 This here is Marcia’s weed*.

See what you are missing when you don’t go to those oil parties?
I hear all you mean bloggers making fun of those “oil people”.
YEAH WELL, THE JOKE IS ON YOU BECAUSE THEY HAVE ALL OF THE WEED ON THEIR COUNTERS.
So there.

There is our ganja* soap.
Isn’t it pretty?
I am having an oil party in April so if you want to make some hashish* soap or lip balm?
I can hook you up.

*lavender. Again, gullible.
But totally come to my party! 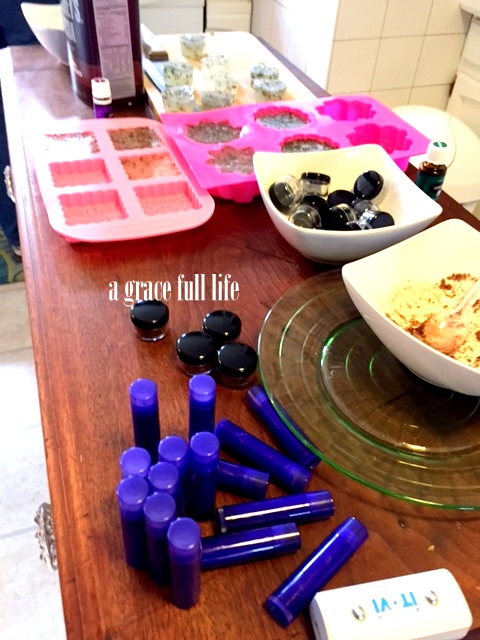 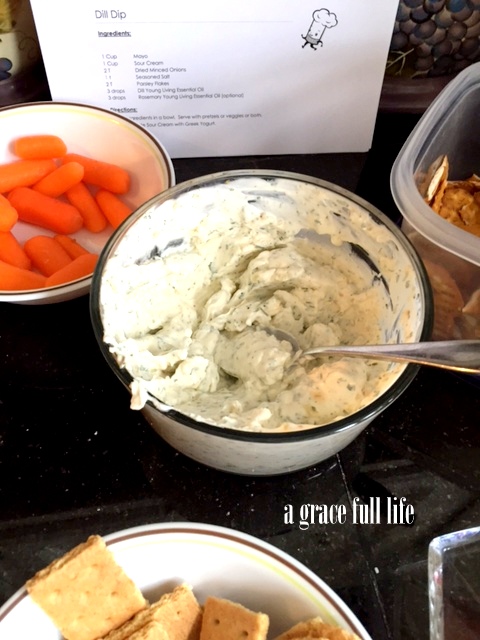 I feel the need to talk about this dip.
I have never had a dip speak to me but if a dip could speak it would say something like, “DUUUUDE PASS THE CHIPS” because helloooo cannabis*.
No really, this dill dip was so amazing and the most amazing thing about it was that there was no actual dill in it.
Well, there was the essence of dill in that there was dill oil in it.
It tasted dillier than any dill dip I had ever had.
Probably because of all of the reefer* madness going on that day.
Seriously, try the dip.
*lavender

We also got our aura read there!
At least I think that is what happened.

Or our credit card numbers.

Basically, it is this cool contraption that tells us what is missing in our bodies.
Mine was something like I needed more Jesus, fewer tacos, and more weed*.

This past weekend, the four of us plus one of Anna’s friends headed up over the border to Wisconsin for an overnight getaway in the form of skiing and snow tubing near Green Bay.
We ended up staying about 20 minutes away from the entire Making a Murderer documentary.
So here is the thing, I have been going up here for over 20 years either on our way to northern Wisconsin or Door County so many times I have lost count.
I had stayed in the town of Manitowoc before, had driven through it countless times and knew the area well.
But now?
Well, it just seems so much different because of what we saw on Netflix.
Which isn’t fair to the people of Manitowoc County, frankly.

We decided that since we were so close to the area that we would just drive around a bit on our way home from skiing/tubing, you know, just to take a picture of the area we saw on TV.
But I have to be honest, it felt a little wrong.
Like a betrayal to the area, I had known before all of this had happened if that made any sense?
Not like I was close to this area or had ties but at the end of the day, a woman was murdered and it just felt wrong deep down inside.

On the way to our skiing destination, we passed this country church that we had seen for miles away.
This is what Manitowoc County is really like.
Lots and lots of flat land, farms, churches, cheese shops and friendly people.

Mike found this place online and it was so much cheaper to ski than near where we live.
For example, it was $80 for all four of us to ski but near us, that wouldn’t even get two of us into ski boots.
I have been a skier since I was in junior high and have wanted to get my girls on ski’s since they were small but with money being tight, it has never been a possibility so this was a special weekend. 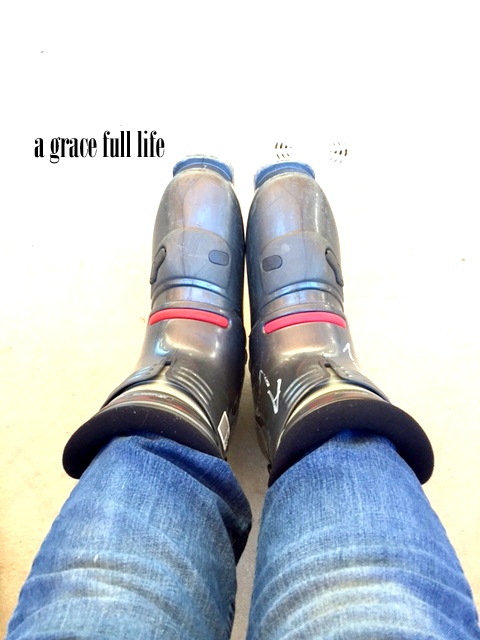 Ski boots on my tootsies for the first time in years.
It felt so good. 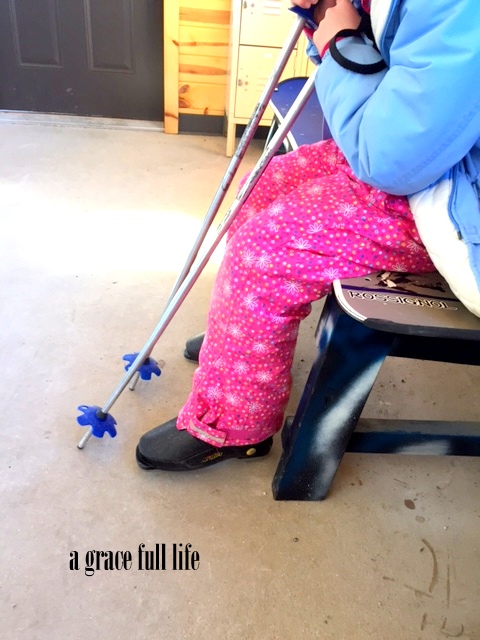 I wanted to cry when I saw my girls in ski boots.
Cheesy I know, but it was a cool full circle moment.

Oh, and it was cold this weekend.
Like a high of 9 cold.
Yes, NINE.
So we had the slopes to ourselves!

Okay, it has been a good 12 years since I have been on skis but usually, it is the old “riding a bike” scenario for me.
This time it was harder because I am older but also because nine degrees means the snow is hard and icier.
So I fell.
A lot.
Which wouldn’t be much of a problem at all except that when you are older and fall you can’t get up.
Like, could.not.get.up.
It sounds comical now but it wasn’t then.

Especially when you don’t have much powder packed snow to leverage yourself up with.
OR have another human around to help you up.
This was me at the top of the hill after going up to find Anna and after finding her, her then abandoning me after I fell down.
Yes, I am bitter.

After fall three, I just gave up because my hip hurt.
OMG, I SAID MY HIP HURT.
WHAT HAS BECOME OF ME???
I bet if I had some of that *lavender I would be a much better skier, dammit.

We tried to teach Ella to ski but she loved the hot chocolate and popcorn in the lodge much more.
Smart girl.
I won’t give up on her.
I will try again next year when it isn’t nine degrees.

I have never seen a ski hill empty midday so I had to document it.
After attempting to ski for an hour and a half, we all emptied into the ski return and the man in there said we could go tubing for free because he saw all of us ski and felt sorry for us.
This is what I love about small resorts like these, the personalized service was amazing.
So we gave tubing a try after warming up a bit.

It turns out, we love tubing. 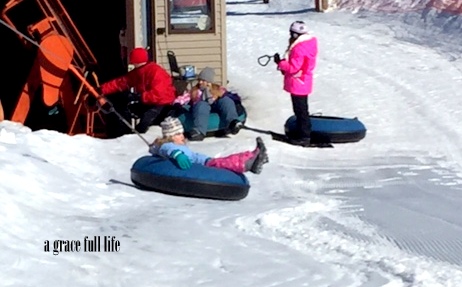 And on this day, we had the hills relatively to ourselves because NINE degrees.

It was amazing.
We can’t wait to go back and do it again.
After an hour, we needed to stop because it was just so cold.
We got in the car and headed toward home but first, we decided to make the stop.

It was only ten minutes from the tubing park and the girls were sound asleep in the back so we figured we would do some investigating of our own.
From the inside of our car.
With the windows rolled up. 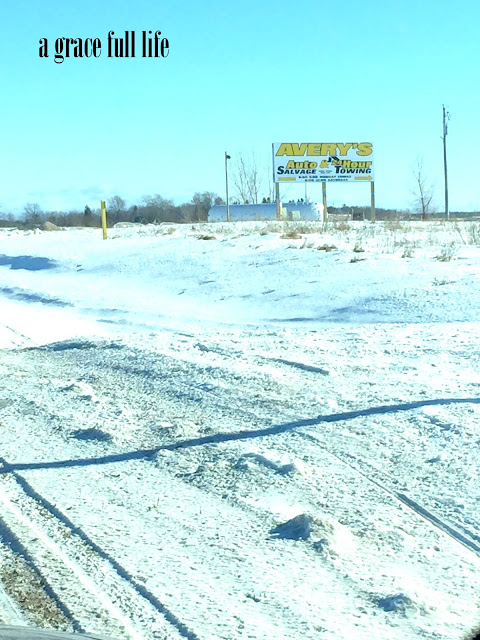 We didn’t drive down the road and only sat here for two seconds to take the picture because we just wanted to get out of there.
It seemed so eerie to be there and just sad because so many lives have been changed on this road. 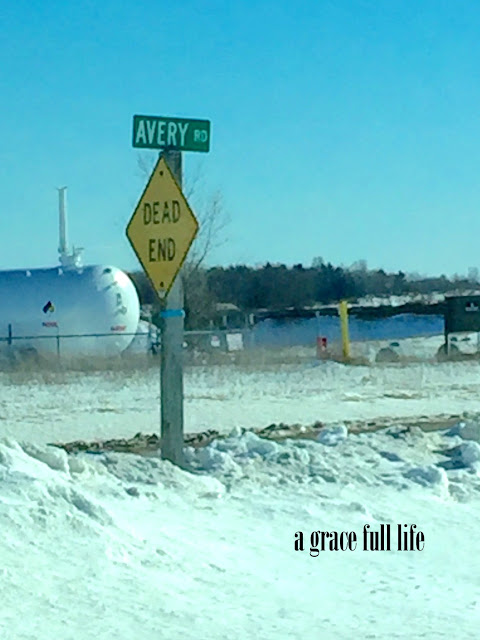 And in this county.

So it is no secret that I don’t like going to the movie theater.
I don’t necessarily hate it but it isn’t my most favorite thing in the world to do.
That is unless there is a really good movie I really want to see.
But on Valentines Day, Mike and I got to sneak out and see a midday movie like we were teenagers.
Because there was a really good movie we really wanted to see. 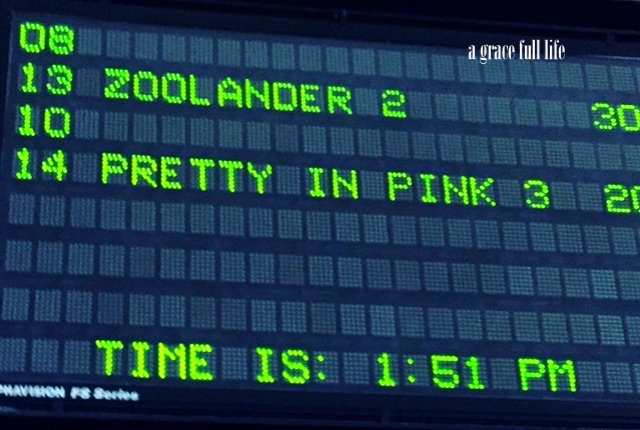 Yeah, this winter thing isn’t all that bad.
I got my people and my ganja*.
Things are looking up.

4 thoughts on “How I Am Making Winter My Bitch”