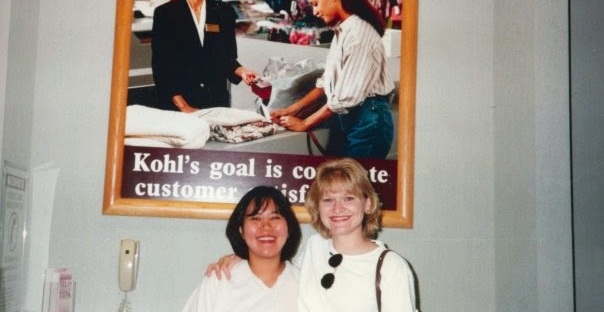 June 9, 2014June 24, 2019 Writer McWriterson
I recently migrated my blog and some of the pictures didn’t make the move. So imagine pictures where the words are.

I am going to get some unwanted readers from Google via that title up there.
By the way, sex isn’t bad.
It’s just not how I like to celebrate big events.

There is a very important anniversary being celebrated this year.
My friendship with my dear friend Rebecca turns 20 in November.
At least we think it was November.
We do know it was in 1994.
We were wearing sweaters.
And CK One perfume.
And more than likely clunky black shoes.

She is the Kate to my Allie.
The Maya Rudolph to my Kristen Wiig.
The Cagney to my Lacey.
I have no idea which person played Cagney or Lacey.
Did Sharon Gless play Lacey?
Because Tyne Daly seems a lot more like she would be the Cagney.
In that case, Rebecca would definitely be the Lacey.
Because I am rough around the edges and sometimes talk in a pseudo-Chicawwwwwgo/ Boston accent.
Especially if I was provoked by a drug dealer on the hardened streets of the mean city.

We were friends when Ace of Base was popular.
Shoe boots were all the rage.
Vintage prairie dresses were THA BOMB.
In fact, I might have been wearing a prairie dress, shoe boots and had an Ace of Base song in my head when we first became friends.

We met at a department store where we both worked, in the plus size department.

That is basically all I remember.
I do know that I had a massive girl crush on her because she had mad style.
I mean MAD CRAY CRAY STYLE.
So I totally thought we wouldn’t be friends because I was rocking prairie dresses worn under an oversized vest with men’s shoes and socks.
I am not lying.

We had so little in common; she was married and had a child.
I was engaged and had no kids.
She was from another country, I was from the country.
Yet we clicked.
In the way that lifetime best friends do.

I had no idea that she would become my lifetime friend when we first met in 1994.
Because friendships come and go, time, distance and fallouts happen.
But here we are, celebrating two decades of laughter, tears, ups, and downs.
And it amazes me still.
That I have this beautiful friend who continues on this life path with me.
I don’t know what I would do without her in my life.

We have been talking about this milestone for a few years now.
Because it’s kind of cool and quite honestly needs to be celebrated.
And let’s face it, without your friends, you would be a pile of ick.
My kids don’t care what the alternate ingredient for Romano cheese is.
My husband surely doesn’t want me to go on and ON AND ON about how insecure I am about the zit on my boob or if my back fat is showing through my white tee shirt.
But my friend Rebecca does.
As if on cue, as I was typing this, she sent me a text about something she was proud of me for that only she and I would understand.

Girlfriends save your soul, your life and keep you alive.

So in honor of this big year, Rebecca and I decided to do something fun.

We took a selfie!!
No.
We went to a cool food tour in the city.

Mad props to our now mutual friend, Shannon, for the idea!
She had done this tour with a friend in the past and loved it.
She had us at FOOD. 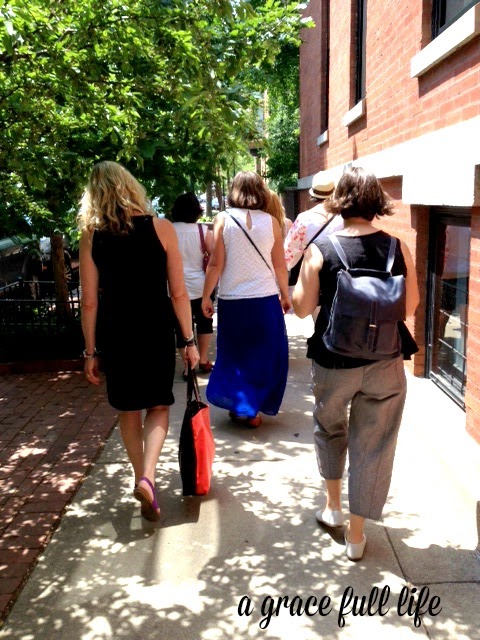 They offer cool neighborhood tours of certain sections of Chicago and you stop every once in a while at a particular restaurant, shop or bakery to do a tasting.
Basically what I feel like Heaven will be like.
I kept hearing James Earl Jones voice at every stop.
Ala Field Of Dreams.
That little giggle he makes as he enters the corn?
Yes.
That was what I felt like with every tasting.
Haha.
Ha ha ha ha ha.
MUAH AH AH AH AHHHH.

First stop was Lou Malnati’s for pizza and a salad.
This is the best pizza in Chicago.
Except for when it’s Pizano’s.
But a Malnati family member started Pizano’s so I don’t feel disloyal.
By the way, I have been mispronouncing Pizano’s for five years.
Head over to my Chicago Parent piece to hear the story because I don’t want to repeat myself on two different outlets.
Let us just say that Shannon is always right.
Know that.
Sew it on a pillow.

My most favorite part of this stop was watching the other people on the tour enjoy Chicago pizza for the first time.
The other five women were from the West Coast and had never had it.
Let’s just say they loved it.
LOVED IT.
And that was just pretty cool to watch.

Next stop, Teaschwendner.
I know, I totally had to take five minutes to type that and my auto correct is going NUTSO.
I hate tea.
I have tried it on a few occasions in my life.
When I was
little, my mom would pour water into this large glass jar, put a couple
tea bags in and plop it onto the deck on the back of the house, to
magically get this brown tea stuff that she and my Gramma would love to
sit on the porch and drink.
I tried it once, spit it out and said to
myself, Self, I am not a tea drinker.  Don’t ever do that again.
I have this quizzical and awe
inspiring feeling toward people who drink tea and beer.
I don’t get it.
I just don’t get it.

So this was easily gonna be my least favorite part of the tour.
Until we walk in and see the Asian equivalent of John Belushi serving tea.
I mean that in the best possible way.
I have some hero worship issues with John Belushi that have
everything to do with his amazing comedic skills and nothing to do with
his drug abuse.
And I totally had a crush on him.
BECAUSE, HELLO, FUNNY AS CRAP.

This guy knew the crap out of tea.
And for someone who
was least looking forward to this stop on the tour to actually walk out
of the store interested in tea and then GO BACK AND BUY TEA, that is
sayin’ something.
Yes, I bought tea.
And I will go back.
Just to hang out with that cool tea guy.
I swear I am not a stalker.
As far as you know.

OK, there was sushi on the tour.
So not only did I get to celebrate a friend a versary but I knocked something off my bucket list.
This restaurant was the first sushi bar restaurant ever in Chicago.
So I figured, OK, if I am gonna do this?
THIS is the place to do it.
Yeah.
I ate a little nibble but I think I got mostly rice.
It was OK.
I still don’t get it.
Kind of like the tea.
And beer.
Only more emphasis on the DON’T GET IT. 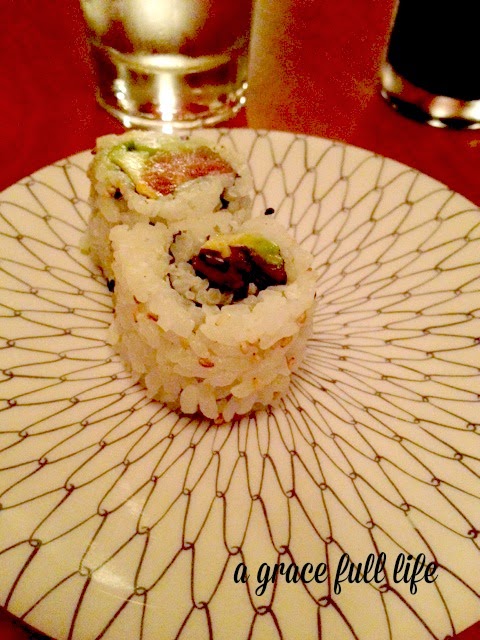 But we got a selfie in the bathroom!!

It was the most zen bathroom I have ever been in.
So there was that.
And if I was to ever eat sushi FOR REAL, I would go here.

While on the tour, we got to walk around Old Town. 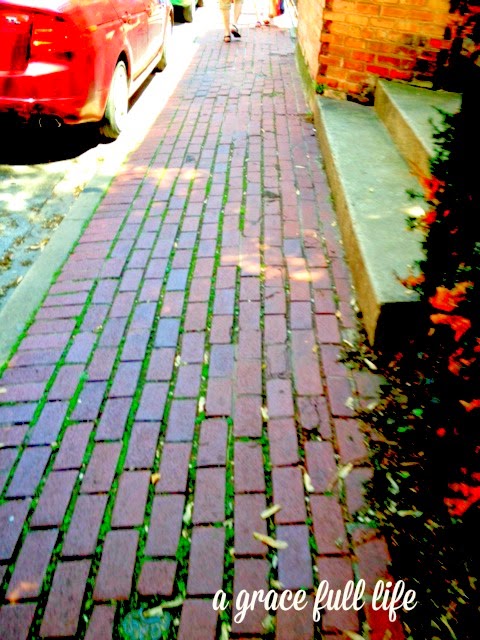 Chicago is beautiful.
And I am so proud to live near it. 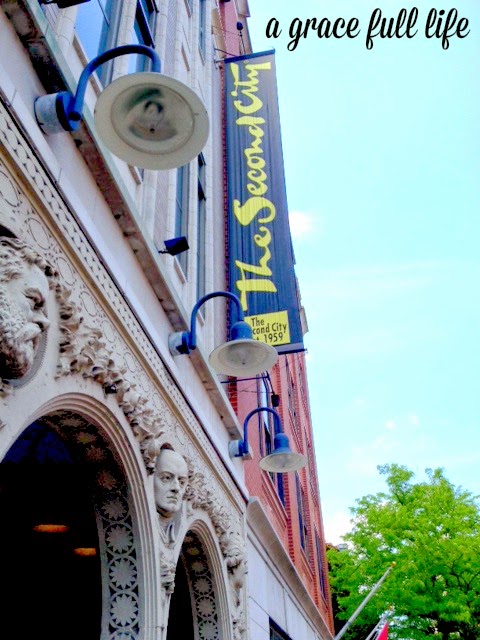 This is like my mother ship.
Do you know the talent that came out of here???

One of them is my friend Erin.

I took this picture originally to get the window display in.
But then I saw I was having a really good boob day.
And you need to document those as you get older.
Look at Rebecca listening intently.
While I take a picture of my boobs. 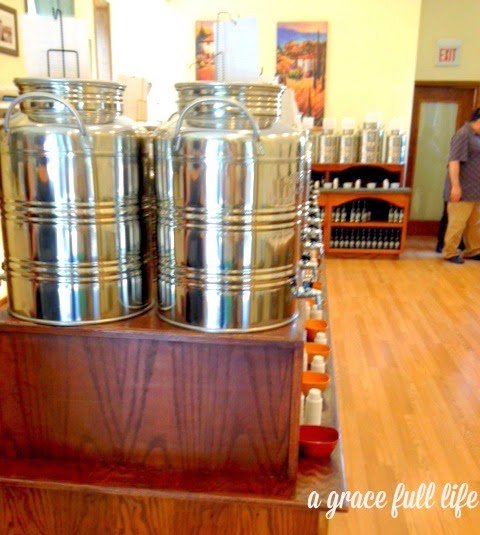 That is olive oil in those metal containers.
The back wall is all balsamic vinegar.
I had never drunk vinegar until this day.
They had flavors such as blueberry, Meyer lemon even chocolate.
It was amazing and I normally don’t like balsamic vinegar.
The tour guide had to pull me out of this store.
Maybe I was drunk on vinegar.
I bet it’s a thing.
I bet you could TOTALLY get drunk on condiments. 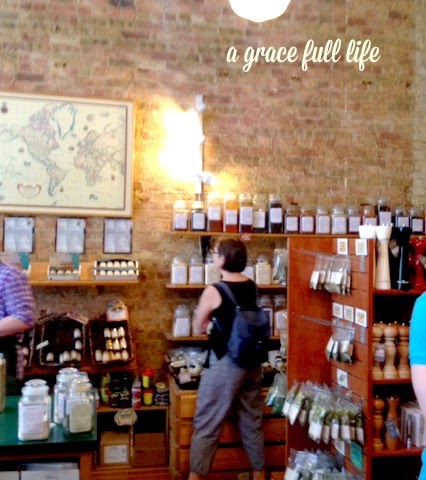 This was The Spice House.
OMG.
THE SMELLS.
OK, I change my mind, I bet you could get drunk on smells.
I want to live here.
In Old Town.
At The Spice House.
Just forward my mail here, please.
I will be in the back inhaling ALL THE CINNAMON.
Except for the Saigon Cinnamon.
That stuff will put hair on your chest.
In the best way possible.

You think this is just an average residence and you would be WRONG.
It is also part of movie history.
Let us just say Abe Froman walked out this doorway.
It looks totally different now.
Probably so movie scene stalkers like me don’t hang out here. 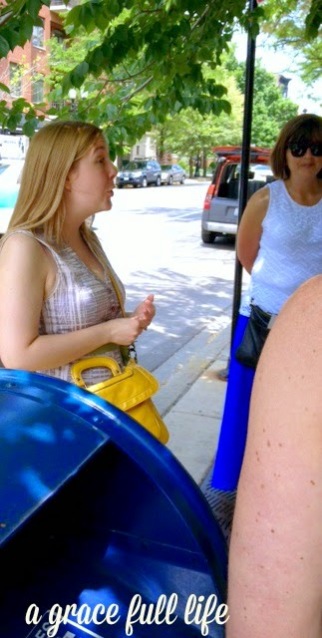 Our tour guide Nicole.
I want Nicole to take us around ALL OF CHICAGO.
I bet she knows ALL OF THE NEIGHBORHOODS.
She would be the coolest friend to have. 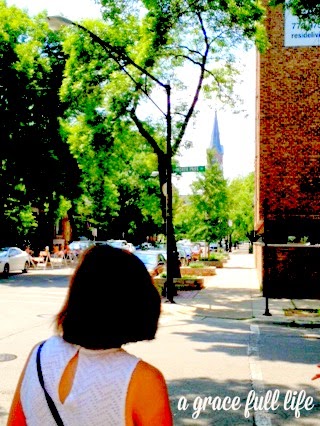 Supposedly there are still ashes from the Great Chicago Fire in the basement of that church in the distance.
Allegedly.
I want to believe.
Until Nicole tells us the church won’t let anyone SEE the ashes.
Hmm.
Interesting.

The tour was amazing.
The food was awesome.
The day was beautiful.
And by my side was my 20-year partner in crime.
The Thelma to my Louise.
Except we won’t drive off the cliff at the end.

16 thoughts on “A Friend – a – Versary is Better Than an Anniversary. Because No Sex”