My sophomore year in high school at band camp, I was given a nickname by the upperclassmen.

ARE YOU SURE NO ONE FOLLOWED YOU IN HERE????

I was given the nickname Pee Wee.

As in Pee Wee Herman.
Because I did the Pee Wee dance.
All the damn time.
And I honestly don’t remember why.
NO, I WASN’T ON DRUGS IN HIGH SCHOOL.
I was as straight as a strand of spaghetti for the most part of my high school career.
Well, with the exception of that bad three month period my junior year.
But I didn’t do the Pee Wee dance during that time period.

I guess I liked Pee Wee Herman?
Must I have thought he was funny?
I mean he was a novelty and he was quirky but for the life of me, I can’t understand why I was doing the dance enough to earn me the name Pee Wee.
Probably because I thought he was pretty awesome and knowing me, I liked to make people laugh.
And knowing me, I also probably didn’t know when to let a good thing go.
Hence doing the dance so much as to earn the nickname.

When my youngest daughter discovered Pee Wee Herman late last year, inside I was secretly pleased.
I would send screenshots of her watching it to my high school best friend, saying “well lookie what Ella is watching“.
It makes me feel like the second generation is carrying on the Pee Wee legacy.

I have yet to show her “the dance” though.
I mean, I haven’t done the dance in years.
He doesn’t even do that dance anymore.
Only hardcore old school Pee Wee followers know “the dance”. 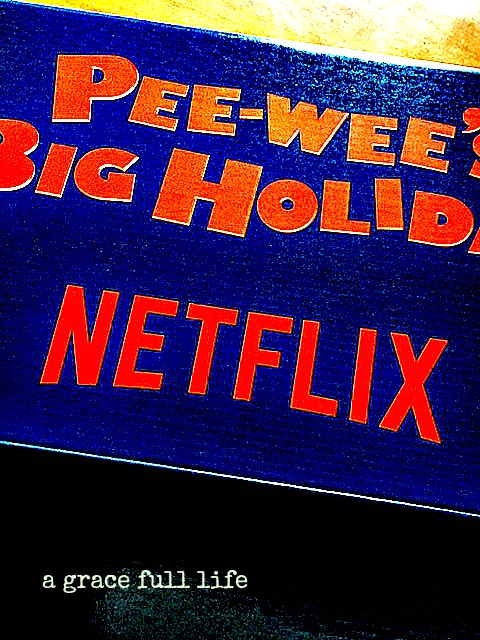 Netflix recently sent us a box of goodies to open along with the watching of Pee Wee’s Big Holiday movie but what Netflix doesn’t realize is that the box came long after we had watched the movie.
Like ten times long after.

So we opened it without watching the movie because 1- big box and couldn’t wait DUH and 2- Ella could recite the movie by heart at this point. No need to watch the movie and open the box at the same time. It would just get in the way of all that box opening.

When you are a kid and see all of those little boxes and they are individually numbered?
Yeah, there is no way you are waiting for a movie you have seen ten times to open them.

There were lots of fun things inside that pertained to the movie but I am not going to show you picture after picture because that would seem too braggy.
Plus it wouldn’t make any sense to you if you haven’t seen the movie yet.
Let’s just say if you like root beer barrels and milkshakes, you will love this movie.
Oh and Joe Manganiello.
Do you know how hard that is to spell??

Her favorite part was the balloon that makes farting noises.
Okay, yeah.
That was my favorite part of the movie.
That might be yours as well. 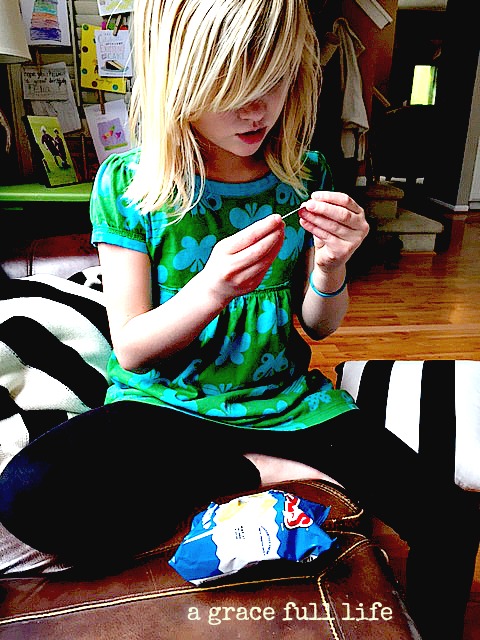 She is reading the enclosed clues here.
Sorry, I just like looking at her.

This girl definitely makes this old-school Pee Wee proud.
Maybe I will show her the “dance” after all.
After a few milkshakes.
Eh. maybe that isn’t such a good idea.