First, I need to say that my birthday was spectacular within a pandemic. My husband worked so hard to make sure that turning 50 while being unable to hug anyone who lives outside of my home was so special, that he created a private Facebook group after my mom had mentioned to him that maybe I would love one of those birthday parades, organized said car parade filled with my family and friends and led by five local police squad cars (one for each decade, totally unplanned), followed by a social distance driveway drinking party in the pouring rain with our neighbors. This doesn’t even include all the fun little things we did BEFORE all of that happened.

I am so fortunate to have people in my life who understand me and my quirkiness, and my love for birthdays. I am eternally grateful to all of you who touched my life last week.

I will never forget the day I turned 50.

Well, it is usually in May when I get excited that winter is finally over, snow is no longer, and it gets warmer. But we are still in lockdown in Illinois for at least another month. My birthday was spent in lockdown, Mother’s Day will be spent in lockdown, and our wedding anniversary (on May 27th) will be in lockdown.

And while I am totally okay with this to keep people safe, it sucks a little, and I feel like nothing would be more therapeutic for me to get out all the said suckiness than by using my favorite swear word throughout this post!

If you don’t like the word fuck, click on that little X at the top right of your screen.

If you do like the word fuck, get some popcorn and stay for the show.

The FCC might try to shut me down and it will be the second most exciting thing to happen to me in eight fucking weeks.

I found this picture on my favorite stock photo website a few months ago and tucked it away on my computer for a tater tot post and completely forgot about it.

HOW ON EARTH COULD I FORGET ABOUT IT?

By the way, I love that particular plant and have it on my” to-get” list.

Its scientific name is philofuckindendron monstera.

Ask for that at your nursery. They’ll know what it is.

Back in April, I saw this ad on television and I got all upset because I think Lenscrafters stole my saying.

I never add a pronoun/preposition/whatever the fuck it is AFTER the word because.

A friend recently asked me who my favorite John Hughes movie character was, and I didn’t have one. It shocked both of us, but then it gave me something to sit and think hard about, which isn’t viral-related and we all know it is like fucking GOLD nowadays.

So here is the list I made on my phone that gave me 30 minutes of not thinking about the world ending.

Most of these are going to surprise you, so we can have a fun back and forth in the comments section because we have nothing of substance to do.

Anything with a flour tortilla

Homemade appetizers have been a big hit around here

We got an air fryer for a ridiculously low price on Best Buy’s website and have been “frying” shit like I said I would do back in March.

We made this fried chicken recently, and it was amazing:

Steak-Umm is having a moment

You now can make IKEA meatballs at home

You can take this UC Berkeley class for free

Aggressive peacocks are just what we need right now

Need to rent an animal for your Zoom meeting? I got a guy. Or a girl.

The 30th anniversary of Sixteen Candles was five years ago

I broke a glass while putting away dishes one morning, and I was swearing up a storm (SHOCKER) because it was early and I didn’t want to wake the girls, but also because I had to clean it up. Cleaning up broken glass isn’t fun, as you probably know. I bring this up because it isn’t the worst thing that could happen to me in one day, but it sucked and I allowed myself to sit in it while I said fuck and shit and damn as I swept the floor.

As I said, it isn’t the worst thing that has happened to me during quarantine. There have been others, but there shouldn’t be this competition with yourself of well, it could be worse.

Well, OF FUCKING COURSE, it could be a lot worse.

But it’s okay to be angry about breaking glass, sad about dropping a donut you were going to eat on the dirty floor, it’s okay to be depressed because you are stuck inside for another day and it’s raining for the fourth day in a row.

We all know some people have it a lot worse, but if I can give you one piece of advice today, don’t tell people (or yourself) how to feel. Let them have their feelings, let them not have to compare their “minuscule” problems to those who work on the front lines or those who have lost loved ones or those who have it “worse”.

Everybody is going through a little something. Have some fucking grace. 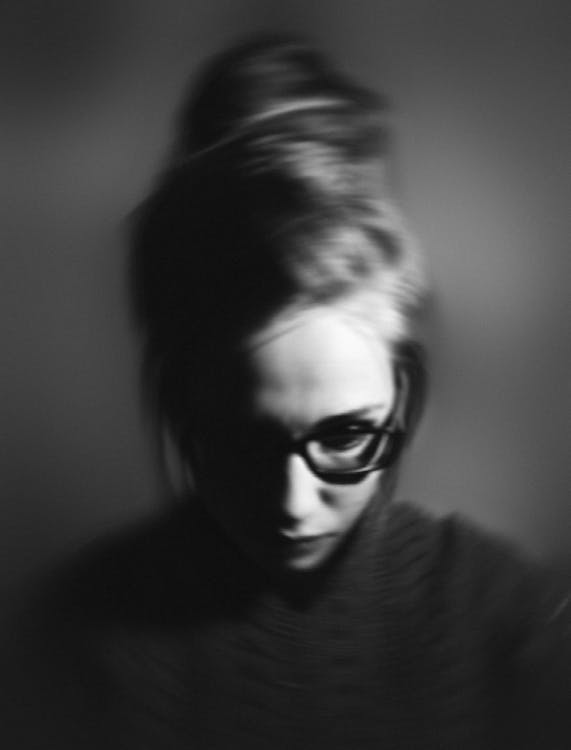 Amid all of this bullshittery, I had a mental breakthrough with my therapist.

So I have been handling my anxiety moderately well during all of this, and I said to her one day that I think I figured out why I am handling this all so much better than predicted.

It’s because everyone who doesn’t have anxiety is finally feeling what I used to feel most days of the year. This anxiety the world is going through? It is just another day for someone who struggles with an anxiety disorder.

For the first time, I no longer feel alone and with that loss of feeling inadequate or alone in my feelings, I am feeling pretty damn good while all of you struggle with your newfound anxious feelings.

So my coping mechanism is a tad bit stronger than yours right now, but I understand exactly how you feel.

I really do. I’ve just had longer to work on it.

And now you understand exactly how I feel, too.

We need to heal as a nation in so many fucking ways.

24 thoughts on “Is It Over Yet? Screw It, I’m Eating Tater Tots- Part Thirteen”