So I don’t melt into a puddle of meh.

Anna is back to college, our country is just so icky, I really hate social media (particularly Facebook*) and I left this in on purpose, more about this in a moment.

These are some things I am doing to keep myself out of trouble.

*I took it off of my phone and laptop, so I guess I am off Facebook now and I feel a bit freer. I liken it to going without wearing a bra. I am also supposed to try that too, thanks to my friends Rita and Katie. Post to follow. Hopefully. 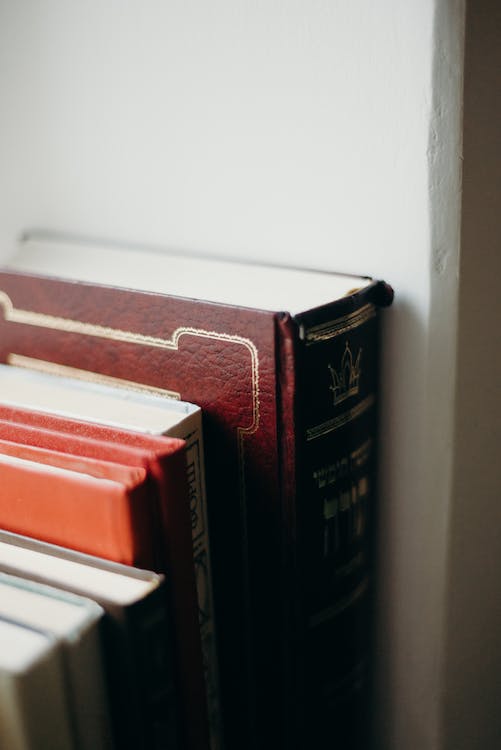 So I was slowly putting together a “curriculum” for Ellie’s homeschool when last week out of the blue, she asked to school on Monday. I was like, WHO ARE YOU AND WHAT HAVE YOU DONE WITH MY DAUGHTER? So we are starting today, two weeks early.

I use quotation marks because I use the term curriculum loosely. There’s a mix of grade levels because we are still working from two of last year’s books to finish up and one book is a 5th-grade math book focusing on one particular area where she still struggles. But this is what I learned when I sat with a homeschool “guru” a few years ago: the beauty of homeschooling is being able to work with your child at the level they are most comfortable with.

But I have some tricks up my sleeve for fun out of the box ideas such as researching the candidates for president in the election and studying things such as contact tracing for COVID and taking free college courses from Coursera. I have to say; she was freaking out a bit about that, but I said that if it gets too hard; we drop it. Who cares, it’s free! But if it isn’t too hard? What an amazing confidence booster!

We are also watching the Democratic National Convention this week as part of homeschool and I am having her watch the Netflix Documentary Knock Down The House tomorrow.

I made a playlist on Spotify called Summer 1983 a few weeks ago, and it makes me so happy. It also was the summer I got my period, so it was a big summer for me.

My friend Suz over at Busy Bee Suz was writing about finding baby teeth all over her house in random Barbie shoe containers and such. I really thought such a post deserved a soundtrack. Which was funny because my Spotify was already playing in the background and was all, “I GOT IT COVERED, KARI,” when this song came on at the exact time and cadence I was reading Suz’ blog post:

It’s a whimsical little ditty, and it made me laugh BEFORE coffee.

We should all have a soundtrack that follows us around, especially random, quirky songs, like Perez Prado and his perky trumpets.

I could handle what the world was throwing my way much better if there was a guy playing the happy organ in the background as I was crossing the street on the way to the dentist.

Or someone pounding a tambourine as I was prancing my way through the produce section at the grocery store.

Listen to the song while scrolling through the garbage in your Facebook feed and it will transform reading what your angry Aunt Judy is writing.

I SWEAR TO GOD it will make a difference.

I feel like I just came up with the answer to world peace.

I’m going to learn how to speak a new language so I can say things to people on social media to confuse them. It started when one of my friend’s friends said something (argumentative, of course) about Satin on a Facebook post when in actuality she really meant Satan. I wanted so badly to say Taffeta was going to come down from Cashmere and they would damn her under the wrath of Chenille, but thought I would probably burn in Damask for saying so.

I really need to come up with a new language.

How to learn pig Latin in under an hour

So I was minimizing stuff in July per the challenge and I did pretty good, but then August came and I hit a literal wall. With Anna’s impending college date looming, it was like my legs were stuck in fudge. I get like this every August. I say to Mike, “didn’t it just seem like it was just the 4th of July?” and then I get depressed. EVERY SINGLE AUGUST. Until she leaves. Then I am okay after a couple of days, but for the week leading up to her leaving, it is pretty horrible.

This year, it was even worse because she had been here since the middle of March and we’ve been quarantining together ever since. To say we’ve gotten close is an understatement. She’s become more of a best friend than ever and it’s hard and then there is the added worry of the virus and the state of our world.

I decided that I was going to add stuff to the calendar for the weeks following her leaving to keep me busy. Because see, normally when she leaves, I am busy. But now, we are still supposed to be socially distancing from everyone. We still follow that, so I had to create little things here and there for me to remain busy so I don’t get depressed.

I decided that I would go through all the stuff in the basement I didn’t get to touch during July, because Anna’s things were down there for her college apartment. The good news is that because she had moved out mid-semester because of COVID, she didn’t have to get as much stuff for her apartment this year. We don’t know what this year will hold, so we tried to buy for what might be a semester at a time and hope for the best. So now that everything is out of the basement, I can go through and get rid of things we no longer need.

Like a four foot Santa or a boxing bag that never gets used. You get the idea.

I grew up in rural Ohio in the 1980s with very evolved parents who were light years ahead of their time. They raised my brother and me with Motown, R&B music, and lots of influences from many cultures and backgrounds, and I knew no different until I got older and those differences were blaring within the tiny rural school I attended.

One Christmas break, we had a free week of HBO and I remember being SO excited about it because that was a huge deal back in the late ’70s.  My dad was watching this movie called The Wiz and invited my brother and me to watch it with him, which we did. We loved every moment. So much so, that I think we watched it later that day and probably again and again and again that week several times. I would sing along to the songs, dance to the dances, I wanted to BE Diana Ross, I loved the dancers during the scene after Dorothy inadvertently kills Evillene and I would go into my room and imitate them to music.

I have a distinct memory of talking about watching The Wiz to some of our neighbors while playing at their house over that same Christmas break and being met with judging stares by their mom and the kids. They made some comments and made fun of us for watching it and it was my first experience with what I now realize was racism. I didn’t know what it was back then, but I remember feeling guilty for watching that movie.

I had asked for The Wiz soundtrack for my birthday the following April, but I had always hidden it from friends who would come to my house to play, and that embarrassed me. Even my own parents questioned my act of hiding it. So I have been re-watching it lately because I wanted to bring that joy back again.

Then when this song came on I thought of Anna and it made me cry. I hope she thinks of home in this way.

I talk to the flowers and trees in my yard.

Don’t be worried about me, it began after Joy flew away, but before Anna left. I wasn’t watering them regularly and I decided that if I began talking to them that I would realize they are living things.

I love that I am becoming a hippie as I get older and not the other way around. I was a bit worried that I could become a curmudgeon as I got older, but this is a wonderful thing to discover about myself.

Maybe all of us should start talking to our plants. Might make us all a happier planet.

Oh, and I am not high on weed or anything else. Not that I need to tell you this, but I know a lot of curmudgeons think that is how hippies are so happy. 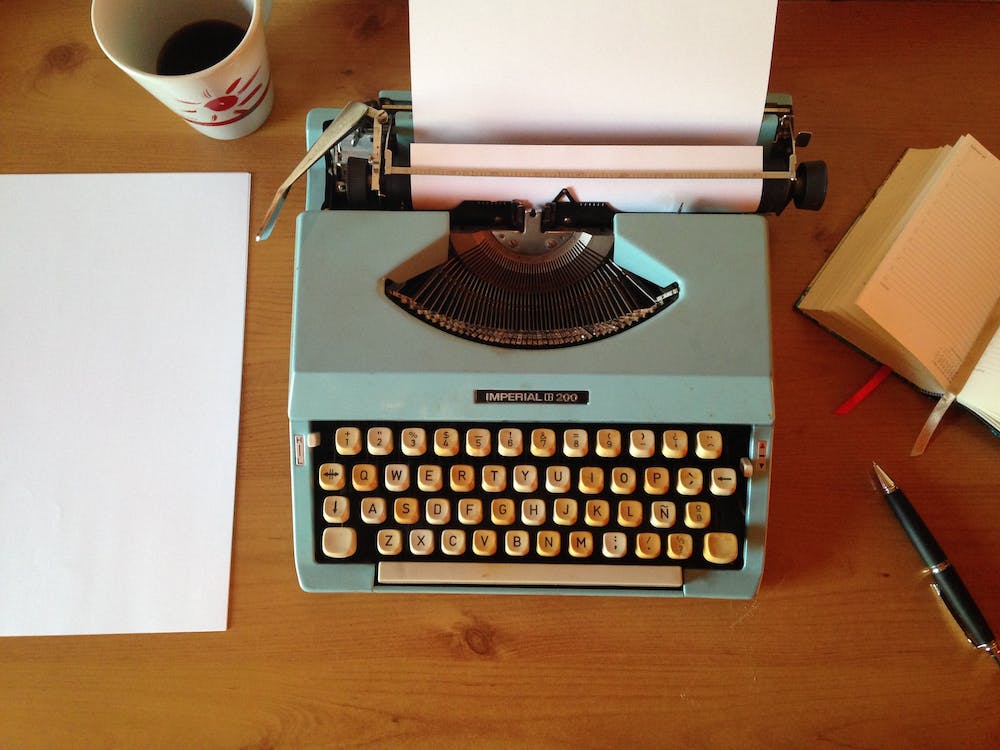 I KNOW THIS SHOULD BE THE FIRST THING ON THE LIST.

I had all the gung ho to do it when I first started, but now I am at the hard part. I have all the stuff done-ish, but now the hard work starts. Research, making things mesh, boring writer’s stuff, not at all fun, creative shit. I have a deadline looming in a month that I set for myself, but if I know me (and I think I do), I will work non-stop the four weeks up to it.

So far, I am over 30,000 words, which sounds like a lot but isn’t. According to what I have looked up, a book needs to have like 50,000 words and I want mine to have some substance. Not like one of those venereal disease pamphlets you get at the free clinic, but like an actual book.

And don’t tell me in the comments “it’s your book, make it however long you want.”

I have waited this long to write a book, it better look like a God damned Stephen King novel.

I found this graphic on Pinterest one day while looking for homeschool inspiration:

Which three songs would you pick?

You thought it was going to be Don’t You Forget About Me. Didn’t you? So predictable…