I have written about my birthday month for several years now but for those who are new, I celebrate the entire month of my birth by writing fun posts of no substance.

Okay, I do that all year round.

But in the month of my birth, I do have more fun with the blog than most other months. Then the week of my birth, I celebrate daily doing little fun things here and there that make me happy.

I explained how all of this birthday week nonsense got started here in 2017.

I turn 50 at the end of April, so this birthday month is extra special but the happiness that I would normally feel when April rolls around isn’t there as much this year. But I appreciate my previous birthday months and that is the positive I am trying to focus on.

I have decided that I will postpone turning 50 this year, staying 49 for one more year. I love the shit out of this idea. This also means all of you who got screwed for your birthdays during the pandemic also gained an extra year because I am the new president and that’s how it works.

So without further adieu, let’s kick off birthday month (49, again!) with a tater tot post, shall we?

I have been going through all of my old posts this past month as part of cleaning up, keeping busy and staying creative but during this process I discovered something.

I used to be annoying.

Or maybe I still am. I guess it’s all about perspective.

For those who just started reading my blog over the past two years, I used to write about DIY and craft shit on the regular. That was my jam from 2010 until around 2013. Oh sure, I still very occasionally write about those things here and there but for the first three years, I wrote up to three posts per week about my mantel or painting furniture or flipping entire rooms in my home.

But that wasn’t what made me annoying.

It was the way that I wrote those posts. I was oh so very bossy and overconfident. Telling you that you MUST do things, acting like the utmost authority on certain things I wrote about, almost snooty in some posts.

I was not as much the self-deprecating knob you now know and hopefully, love.

I used excessive exclamation points and excessive question marks. I mixed up the words your and you’re, its and it’s.

AND I WAS WRITING A BLOG FOR EVERYONE AND GOD TO SEE.

But at the same time, it’s kind of fun to see these changes, to see how much my writing has changed over a ten year period in grammar, content, and voice. Realizing that it was my lack of self-confidence that was actually making me sound overly confident. I have noticed that the more confident I grow in myself and my writing ability, the more I am able to be completely self-deprecating.

I have never, ever regretted starting this blog as it has been such a joy for me in so many ways; never more joyful than over the past month. Sometimes when I am alone, I think that this blog is saving me currently and maybe THAT is what the success of this blog is and will be. I won’t ever become as successful as The Bloggess or Pioneer Woman but the greatest thing my blog did was to save my own soul during a dark time.

Well, other than using the word bestie.

I found that pre-corona quarantine meme (courtesy of I don’t know who) and sent it to a couple of people, saying that kid on the bottom was me.

I might make that picture my profile going forward because I love it so much. I have a picture of me from like, second grade and I looked very similar.

To the girl in the bottom picture.

Then a month ago, I was over at my mom’s house (big sigh) and she had me try on a wig for fun.

And I was all, OMG! MOM! I LOOK LIKE THAT LITTLE GIRL!

Okay, maybe not an exact match.

More like if Beethoven, Albert Einstein, and Mama from Mama’s Family had a love child.

But it made us all laugh and I felt like a tater tot post was the best place for this random anecdote.

Speaking of hair, I am in the middle of a hair intervention of sorts. Long story short-ish (I mean, you have PLENTY of time), Anna went to my regular hair appointment with me back at the beginning of March because she was home on her spring break. While waiting for my turn, she looked at my hair and asked me, “why are you getting it cut? It’s already so short.”

In fairness to her, my hair was/is really short. But I have hair dysmorphia in that I always feel like my hair is longer than it really is. I will go into the hair salon and be like OMG CUT MY FUCKING HAIR IT IS DRIVING ME CRAZY and it is literally a longer version of a buzz cut.

It is within this intervention that Anna got my hairstylist on board with her scheme and by the end of my “appointment”, it was Anna in the chair getting her ends trimmed and my hairstylist looking up pictures in her phone of Chelsea from Teen Mom and her long bob cut because that is THE perfect cut for my face shape.

My hairstylist said she wouldn’t let me make an appointment until August because I needed to go through things like outgrowth and fullness and thick and fugly.

And, AND that she would contact Anna IF I tried to make an appointment.

Now, all of this is in a joking manner and I love my hairstylist and I love Anna and they are right. They made good points about my face shape and my hair and how I currently look like one of those ladies who always asks to speak to the manager.

But I feel like this is how I am gonna look by August: 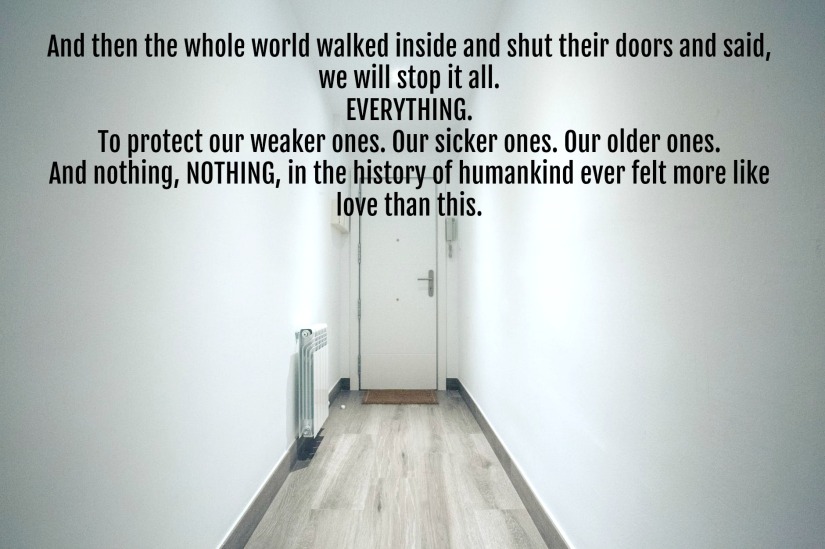 This is what ALDI actually stands for

I mentioned in a recent post pertaining to lumpia about a farting incident when Rebecca and I worked at Kohls.

The story needs to be told, I have said to Rebecca while eating lunch. Or shopping at Target, Or getting ice cream at Culvers. Or at the swimming pool with our then-little girls. We have both said over the past 20 years that we needed to tell “the story”.

When Rebecca and I worked at Kohls back in the ’90s, we usually shared shifts together because, at the time, she didn’t drive and we drove to work together. Essentially, I told them that I was “her only ride” (I wasn’t) so she and I would HAVE to work every shift together. They fell for it and we ended up working every shift together over a two-year period, which was so much flipping fun.

One shift, we were given the task of re-tagging clothing that was from customer returns and we were sitting on the floor of the Misses Sportswear department, tucked into a rack of clothing when all of a sudden, we heard a sound.

We immediately recognized the sound and the smell that followed it, tried to muffle our laughter, and then came to a realization.

We got farted on. Someone farted on our heads. We had fart all over us.

Then the visual of the sweet little old lady trying to back up into a rack of clothing to fart discreetly, got us rolling on the floor with silent laughter.

I woke up on March 16th to this email from Legacy.com:

That is my beloved Mrs. Pierce, my 11th grade English teacher. When the above email came into my inbox, it was right as our world was getting smaller and we were distancing ourselves. I opened the email and began to cry the kind of cry that you didn’t know you needed to have. The cry had me, you could say.

I will be reblogging a post that I wrote in 2014 about her this coming Friday but seeing that email in my inbox led me to re-read then edit the original post I dedicated to her six years ago. It was kind of cathartic writing about her again, almost feeling like I was writing with her, this time feeling more confident with my words.

Did you ever have something just come to you in life when you absolutely needed it?

I found this song on my Spotify Mellow Morning playlist (an amazing playlist, by the way) and found it fitting:

But the comforts of tradition and
Routine was holding us together at the seams.
Is there a reason to the rhyme?
Seeger said, “the seasons have their time.”
I suppose we’ll never know the purpose of
All the moments that we spend on human love.

Let’s make this month count, okay? Love you all.